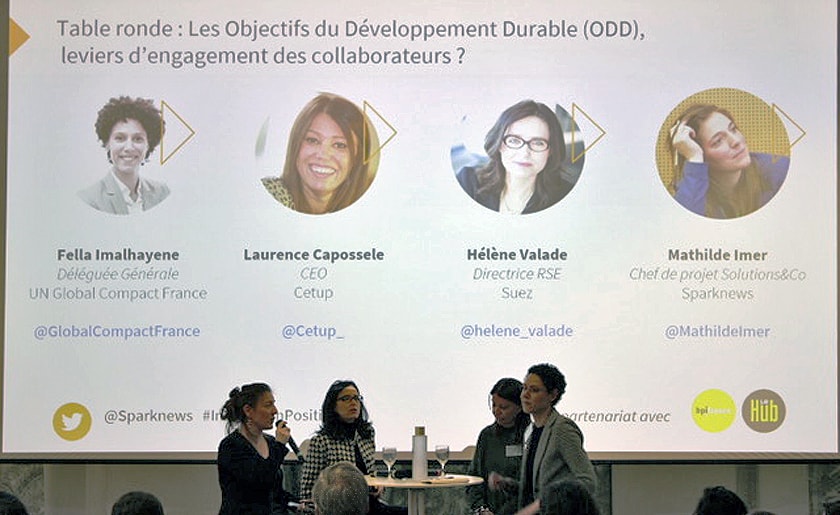 Invited by the Positive Innovation Club*(Sparknews), to a round table alongside Hélène Valade (Suez Environnement) and Fella Imalhayene (UN Global Compact France), Laurence Capossele testified to the commitment of Cetup's teams to achieve the SDGs (Sustainable Development Goals).

Laurence Capossele spoke in front of a large audience after other speakers, such as Bouygues Immobilier, Carrefour and Engie and Total, on 21 January 2019 in Paris.

Our Director referred to value-based management, which is used in our company’s 9 departments. Associated with three measurable standards and the 17 SDGs, CETUP’s five founding values permeate all the actions taken within the organisation.

After replying to questions by the moderator, Laurence Capossele concluded her speech by expressing her wish that each company, whatever its size, should adhere to the SDG ethos.

A proposal of economic unity approved by many organisations present.

*Aimed at large companies and developed by Sparknews, the Positive Innovation Club, a positive information media organisation, aims to promote exchanges of good practice between organisations.